What is the theoretical framework and what is its role?

byForrja -July 02, 2020 0
What is the theoretical framework and what is its role? 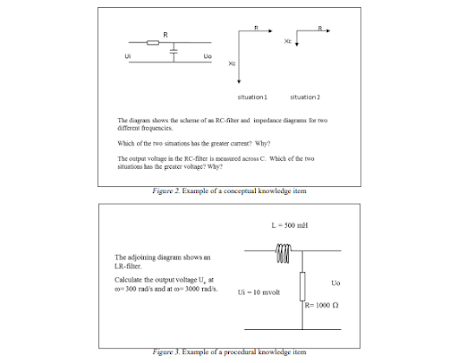 Introduction
increasingly used to augment cognition, foster thinking, and facilitate inquiry and self-directed learning (Wang et al., 2011). Two types of cognitive tools are directly relevant to this study. First, argument mapping can be used to represent reasoning and decision making processes in problem solving (Fox et al., 2007).
It is a visual representation of an argument’s structure in informal logic involving fact, claims, explanations, evidence, and rebuttals (Kirschner et al., 2003). Second, concept mapping can be used to represent conceptual understanding underlying problems.
It is a visual representation of concepts and their relationships, mainly for representing and organizing domain knowledge (Novak & Canas, 2008) and is increasingly used to facilitate and assess in-depth understanding and critical thinking in complex situations (Spector, 2006).
However, most studies on cognitive tools have been limited to the use of the tools in specific teaching or learning activities, rather than the design of systemic teaching or learning strategies or environment. Theoretical framework The proposed DML approach was underpinned by the cognitive apprenticeship model (Collins et al., 1991), an instructional paradigm based on situated cognition and directly aligned with PBL.
1- Theoretical framework
Based on the cognitive apprenticeship model, learning in problem contexts should consider: (a) situating abstract tasks in authentic contexts, (b) making complex tasks and thinking processes visible, and (c) providing necessary help to learners.
Different from traditional schooling methods, the cognitive apprenticeship model emphasizes that abstract tasks and thinking processes must be made visible, i.e., making expert knowledge and practice explicit for learners to observe, enact, and finally practice.
Further, six cognitive strategies including articulation, reflection, exploration, modeling, coaching, and scaffolding are proposed in the cognitive apprenticeship model. In addition to the cognitive apprenticeship model, the DML approach was proposed based on the need for integrating problem-solving and knowledge-construction processes and the potential of computer-based cognitive tools in facilitating cognitive processes.
3- Accordingly, the DML approach was featured by a
dual-mapping cognitive tool designed based on two models for problem solving and knowledge construction, respectively. First, the SOI (selecting, organizing, and integrating) model proposed by Mayer (1996) describes the knowledge-construction process and mechanism.
The model involves three sequential cognitive steps: (a) selecting relevant information for further processing in working memory (WM), (b) organizing incoming information into a coherent representation in WM, and (c) integrating incoming information with prior knowledge in long-term memory (LTM).
4- To externalize these mental activities in knowledge
Construction, concept mapping can be directly applied to conceptualize knowledge and extend it into a progressively more complex network of understanding. Second, a computational model proposed by Dougherty, Thomas and Lange (2010) outlines the hypothesis-led problem-solving process and mechanism.
The model focuses on the relationships among the environment (e.g., perceptual information), memory system (including exemplar/episodic memory and semantic memory), and problem-solving behaviors (including hypothesis generation, probability judgment, and hypothesis testing). While solving a problem, the observed data trigger traces from the exemplar memory, which, in turn, matches the known hypotheses from the semantic memory.
During the matching process, possible hypotheses are generated and tested before making a judgment. The process is iterative and dynamic, where hypotheses can be updated when new data are encountered. To make such complex, dynamic processes visible to learners, argument mapping can be directly applied to represent and justify problem-solving activities.
5- Conceptual design The
DML environment was design to consist of (a) an exploratory problem context for interaction with problems, (b) a dual-mapping cognitive tool for articulation and integration of problem-solving and knowledge-construction processes, and (c) expert support to facilitate the learning process.
The dual-mapping tool is the core of the DML environment. It involves concept mapping and argument mapping for externalizing and integrating problem-solving and knowledge-construction processes. The learner starts the learning process by selecting and exploring a problem case and representing problem-solving actions into hypothesis generation,
hypothesis justification, and diagnostic conclusion in an new understanding, which can be represented in a concept map for easy reference and update throughout the learning process. Argument mapping and concept mapping play different roles in the DML approach (see Figure 1).
conclusion
Argument mapping helps to sharpen problem-solving skills through building coherent and well-grounded argumentation structure (Fox et al., 2007). Concept mapping helps to pull out domain knowledge and conceptualize contextual knowledge (Spector, 2006).
More importantly, the two types of mapping processes are integrated so that (1) the argument map explicates problem-solving experience for generating new understanding for reuse; and (2) the concept map provides anchored pointargument map. While solving the problem, the learner needs to recall prior knowledge or derive
Mathematics